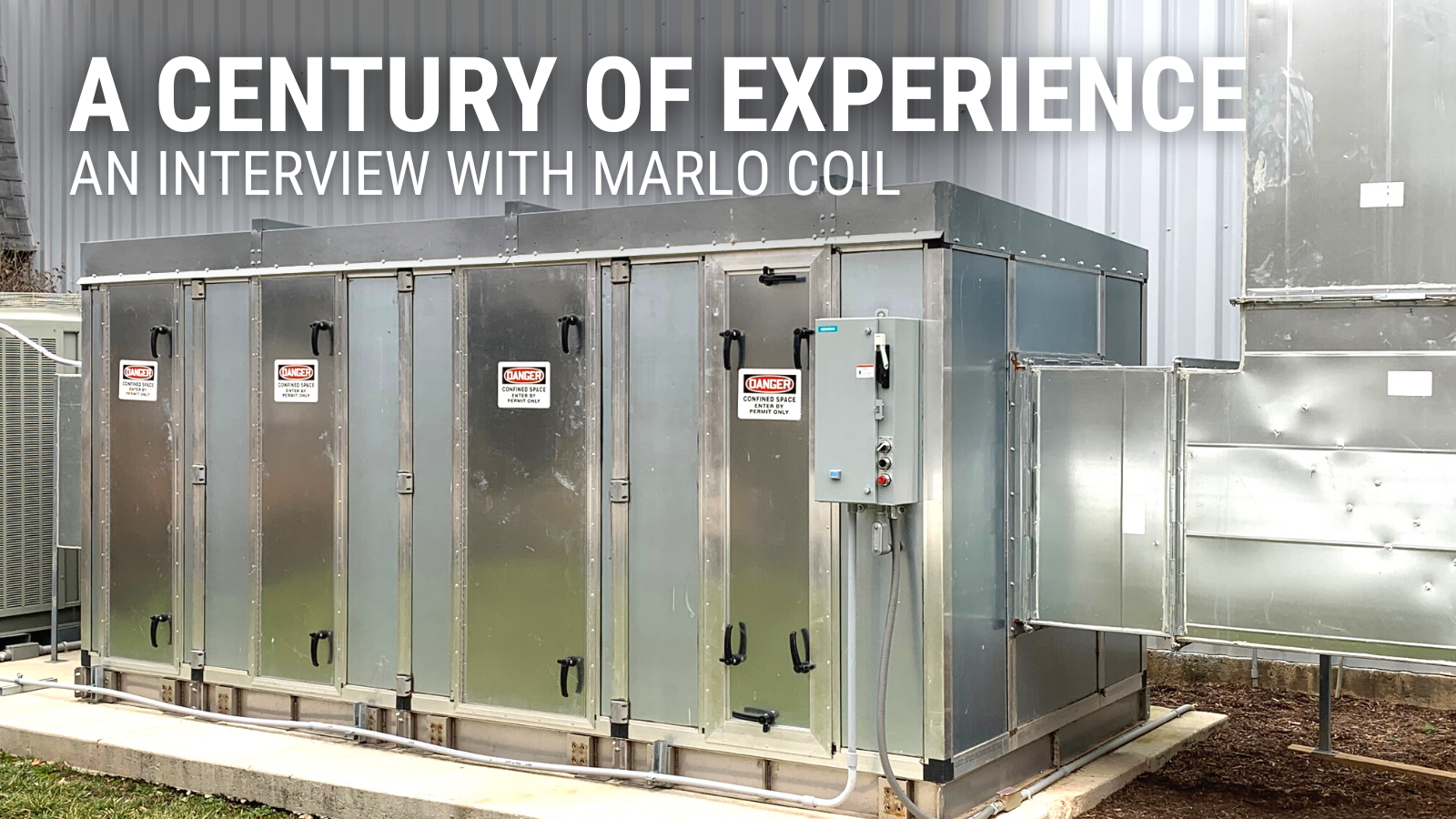 An Interview with John Buck of Marlo Coil

Marlo Coil specializes in cooling coils, heat exchangers, air handling units, and the Stratomizer®- an integral facing bypass coil.  Serving the commercial marketplace, it focuses heavily on pharmaceutical plants, hospitals, universities, industrial processes, and government buildings. Marlo is also proud to provide HVAC for the U.S. Navy.  In fact, the company has provided all of the fan coils, fan coil units, and cooling coils for every combatant navy ship, including aircraft carriers, submarines, and surface combatant destroyers since the 1960s.

Approaching a Century in Business

Marlo Coil was started in 1925 by two brothers, Caesar and Angelo Marlo.  While working at the Anheuser-Busch plant, they refined their skills working on heat exchangers and decided to begin their own venture.

The business grew during World War II as it supplied cooling coils for naval vessels.  John Buck, the Director of Strategy and Commercial Industrial Sales at Marlo Coil, explains, “It’s not entirely clear when the first units were sold to the Navy, but very little cooling was designed into ships at the time.”  Buck continues, “Until the 50s, refrigeration systems were not mainstream.”

However, after World War II, commercial refrigeration started to develop quickly, and Marlo’s work with providing HVAC & refrigeration equipment for the Navy began to increase as well as their commercial and industrial business. 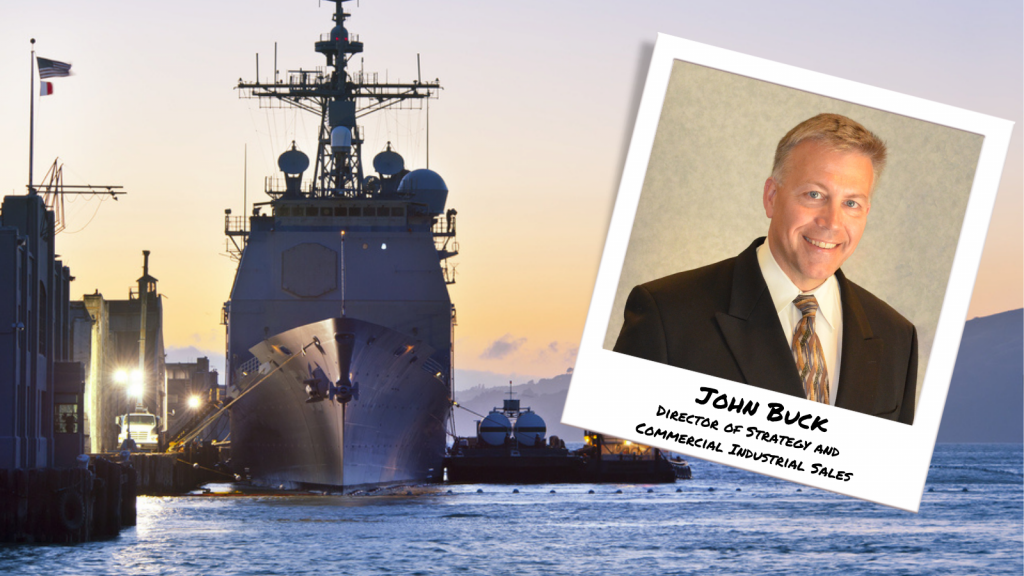 Significant Innovations and Installations Over the Years

In 1963, Marlo Coil designed, qualified and manufactured the cooling equipment for the first nuclear-powered aircraft carrier, the USS Enterprise.  The same year, the company also outfitted the fastest commercial cruise ship at the time with HVAC equipment.  Additionally, the business provided cooling coils for the USS Nautilus, the first U.S. nuclear-powered submarine.

Marlo was one of the first companies to make strides in innovation around the integral face bypass coil.  “There used to be separate coils for heating, and a bypass damper that was put above the coils.”  Buck explains, “Marlo integrated the two to enhance mixing of the hot and cold airstreams so that the temperature of the airstream was far more uniform than in the old face and bypass systems.”

Until 2008, Marlo focused on manufacturing custom air handling units.  Then, the company stopped production of AHUs completely but reentered the air handling unit market in 2017 with its modular framing system with the intent to service the replacement market.

Describing the units, Buck explains, “We build the units using a set of standard components: the framing pieces, the walls, the corner pieces, and the frames.  We can then configure those components in a way to meet the customer’s requirements.”

Describing another important organizational addition, Buck says, “We also contracted with a software firm to develop a configurator tool.  So instead of having to come to us to quote items, our manufacturing reps can use the software to create their own quotes.”

He continues, “By using this software, reps can build a virtual air handling unit and get a quote for it within a matter of minutes.  This makes it much easier to get quote package ready for their customers.”

How a Leadership Model Change Benefited the Company

In 2015, Marlo began to implement a very different leadership style.  Going from a traditional leadership model in which a leader is the decision-maker, the company transitioned to a servant leader model.  In this leadership style, the customer is at the top of the pyramid, the manufacturer is below them, and the supervisors and leads are at the bottom.  Each successive layer below the customer exists to serve the tier above them.

With customers at the top of the pyramid, if the company does not meet their needs, they are not successful.  Supervisors and leads are a support team for the people interfacing with the customer and making the customer product.

“This has been an amazing transformation,” Buck emphasizes.  “I’ve never seen a culture change happen so quickly.  We went from being a company that had a hard time recruiting to a place that employees recommend to their friends, kids, relatives, and next-door neighbors.  One of the other things that we pride ourselves on is not only working hard, but we play hard, and we enjoy what we do.  Having fun is a big part of our culture.”

Customer Service, High Standards, and 100% of Products Manufactured in the U.S.

Good customer service is a priority at Marlo Coil.  Buck says, “We get told often that our inside sales team is very responsive.”

As a company with military contracts, it’s especially important to Marlo to ensure products are manufactured in the United States.  It is a company-wide priority to source all components from U.S. manufacturers.

Coward Environmental Systems, Inc. is proud to represent Marlo Coil in the Philadelphia region, Central PA, Delaware, and Maryland.  Contact us today to discover how Marlo Coil can be a part of your next project.

Keep Your Greenhouse Humidified in Winter with MeeFog™